Home Products About Us Contacts

The reasons for the various noises of the hydraulic press

When the overflow valve of the Hydraulic Press is opened under high pressure, various noises are often generated. At the same time, the pressure pulsation is increased. There are many reasons for it. In summary, the following points:

(1) The accuracy of each mating surface of the valve is low, and the working stability is poor, which causes the valve core to collide with the valve seat.

(2) The pipeline of the hydraulic system is too long, not fixed well, or the oil contains air, causing the system and other components to vibrate and cause resonance.

(3) Unreasonable use. The flow is too large or too small; or the liquid is not clean, the oil temperature is too high, etc.

(4) The vibration and noise of the pilot-operated relief valve are caused by the small vibration of the fixed side wall caused by the certain flow law of the oil, which causes the oil near the wall to generate sound waves, and then spread to other places. If it resonates with other sources of vibration, the vibration will be stronger. The way to eliminate it is:

(1) Reduce the diameter of the pilot valve seat and its oil inlet diameter.

(2) Change the cone angle of the pilot valve 2a.

(3) Reduce the volume of the upper cavity of the main valve core. In addition, the following points should be paid attention to in use:

(1) The installation bottom plate of the valve should be as thick as possible to make it difficult for noise to spread.

(2) The oil return flow rate and back pressure should be as small as possible, and the oil return pipe diameter must meet the system requirements. The oil return section should not be suddenly enlarged. The oil return of the overflow valve is best to be connected to the mailbox by a separate oil pipe. Do not return the oil together with other valves. 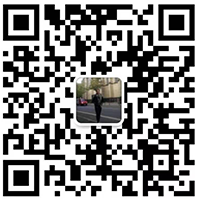